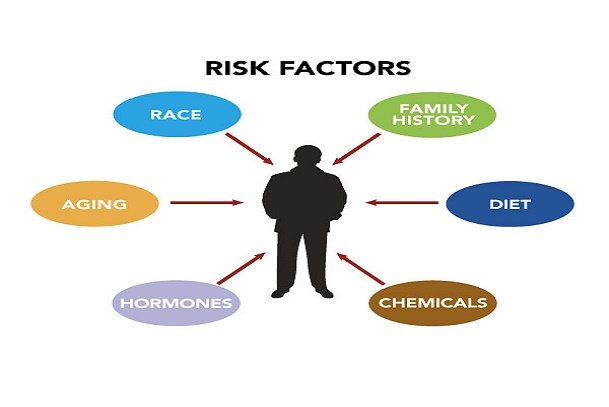 Summary
Medical practitioners or scientist do not have a clear understanding of what causes prostate cancer among men but some risk factors has been discovered to being the cause of this type of cancer among men.

Medical practitioners or scientist do not have a clear understanding of what causes prostate cancer among men but some risk factors has been discovered to being the cause of this type of cancer among men.

Basically, prostate cancer is caused by some changes in the DNA of a normal prostate cell, and thus began when some cells in these DNA becomes abnormal. Mutations in the abnormal cells or DNA cause the cells to grow and divide more quickly than normal cells; thus causing the normal cells to die and the abnormal ones living. The continuous accumulation of these abnormal cells forms the tumor that grows and invade all nearby tissue; and probably spreading to other parts of the body (metastasize).

Cancerous or precancerous cells in the prostate gland are called prostatic intraepithelial neoplasia (PIN); and nearly 50% of all males over the age of 50 years have PIN.

A risk factor is anything that increases the risk of getting a disease such as cancer. Different cancers have different risk factors. Some risk factors like smoking, excessive eating, alcohol intake, can be changed while others, like a person’s age or family history, can’t changed.

But having a risk factor, or even several, does not mean that an individual will get the disease. Certain people with one or more risk factors don’t end up having cancer, while others who get cancer may have had few or no known risk factors.

The following are the risk factors associated with prostate cancer

Although it hasn’t been scientifically proven as at why it happens, prostate cancer develops more often in black men than in men of other races. And when it does develop in these men, they tend to be younger. Prostate cancer occurs less among Asian and Hispanic/Latino men than the whites. The reasons for these racial and ethnic differences are not clear.

Prostate cancer in some family seems to be hereditary and might be on from one generation to another through the inherited or genetic factor, yet some prostate cancer still occur without family history.

Having a man (father or brother)in the family who has had prostate cancer, an individual risk of having prostate cancer may be increased (i.e. the risk is higher for men who have a brother with the disease than for those who have a father with it.) The risk is much higher for men with several affected relatives, particularly if their relatives were young when the cancer was found. Also, if a family has a history of genes that increase the risk of breast cancer (BRCA1 or BRCA2) or a very strong family history of breast cancer, the risk of prostate cancer may be higher.

Several inherited gene changes (mutations) seem to raise prostate cancer risk, but they probably account for only a small percentage of cases overall. For example:

Other inherited gene changes can also raise a man’s risk of prostate cancer.

The exact role of diet in prostate cancer is not clear, but several factors have been studied.

Though not yet proven, being an obese man doesn’t seem to increase the overall risk of getting prostate cancer, yet some previous studies has shown that obese men may be at a greater risk of having a more advanced prostate cancer and also dying from it.

Smoking increases the risk of getting prostate cancer.

Exposure to some certain chemicals (e.g. herbicides called the agent orange) especially by firefighters might increase their risk of getting prostate cancer.

It has been suggested that some Sexually transmitted diseases such as gonorrhea, chlamydia which causes inflammation of the prostate might cause prostate cancer in some men

Some studies have suggested that men who have had a vasectomy (minor surgery to make men infertile) have a slightly increased risk for prostate cancer.

[Next Week: Prevention of Prostate Cancer]