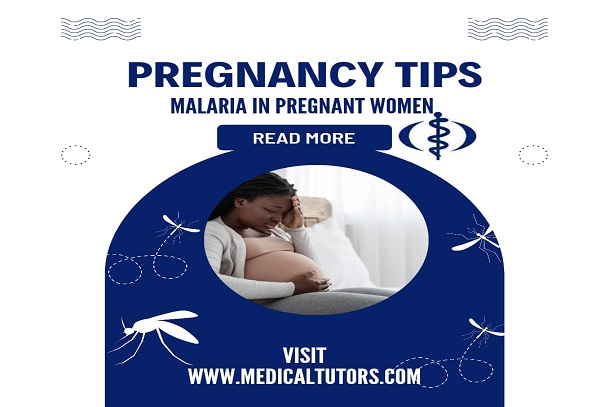 Summary
Just like malaria can cause severity in children under five years old, it can also be severe in pregnant women if it is not properly managed.

What is Malaria in Pregnant Women?

Malaria is a parasitic infection that is transmitted through a mosquito bite, and it is one of the most infectious diseases in the world. Pregnant women, children below the ages of 5 years, and people with weak immune systems are liable to have more severe cases of malaria than other persons. They have the highest death rate among individuals who died from malaria infection.

Of all the groups with a high rate of death from malaria, pregnant women are more susceptible than others; they are 3 times more likely to suffer severity from malaria disease than non-pregnant women because they are most likely to become infected, have recurrent malaria, and develop more severe complications from the disease.

According to World Health Organization (WHO), twenty-five million pregnant women are currently at risk for malaria, and this disease accounts for over 10,000 deaths during childbirth and 200,000 deaths after childbirth.

As the Government and Health Ministries fund the need to combat both malaria and death in pregnant women from malaria; it is important to understand how malaria affects pregnant women so as to avoid death from this preventable disease.

Malaria symptoms in pregnant women are the same as in other persons but can present themselves in an uncommon way during pregnancy, especially in the second and third trimesters.

The incubation period following a mosquito bite is 14 days before the symptoms start manifesting in pregnant women. And they include:

Malaria in pregnancy tends to be severe because immunity to malaria is lowered in pregnancy.

What are the Consequences of Severe Malaria?

Severe malaria can both have maternal and foetal complications in pregnant women.

In malaria-endemic areas, immunity to malaria is decreased by pregnancy, with some pregnant women more likely to develop severe illness and complications such as anaemia.

Once malaria is suspected in pregnant, they should be referred to a hospital where intensive care and facilities for pregnant women is available.  Oral medications of artemisinin-based therapy such as artemether/lumefantrine drugs such as Coartem or Amartem have also been clinically tested to work effectively in pregnant women but they need to be prescribed by a medical doctor. Artemisinin-based therapy should not be given to women whose pregnancy is not up to week 12 because it affects the foetus.

Illustrative Case I: A 20-year-old student at 26 weeks gestation in her first pregnancy complains of headache, joint aches and malaise. She had one dose of Sulphadoxine-pyrimethamine (SP) earlier in the pregnancy but tests positive for malaria parasites with a rapid diagnostic test (RDT).

Management: This patient has uncomplicated Malaria and should be treated immediately with Artemether-Lumefantrine based drugs.

Illustrative Case II: A 30-year-old woman at 32 weeks gestation in her first pregnancy presents at the accident & emergency with fever, jaundice, coma and history of convulsions before the coma.  Her blood film for Malaria parasite was positive.

Diagnosis & Treatment: The above patient has severe malaria and possibly cerebral malaria. The patient should be treated with intravenous Artesunate in the first 24 hours or until she is conscious. This is then followed by oral Artemether/Lumefantrine plus clindamycin for 6 days. It is not safe to use Quinine at this stage of pregnancy because it may cause uterine contraction and premature birth.