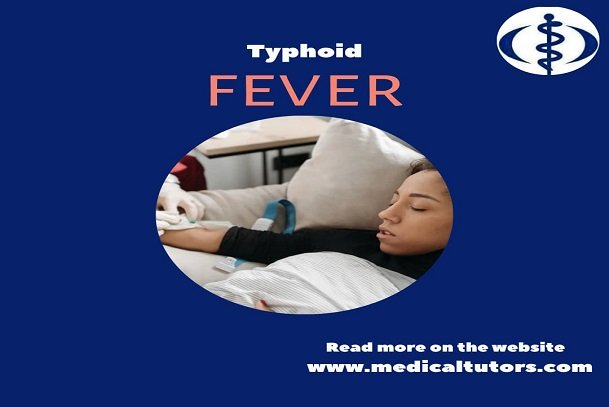 Summary
Typhoid fever is a bacterial infection that affects and weakens the body, spreading to the organs through the bloodstream

What is Typhoid Fever?

Typhoid fever is a life-threatening illness caused by an infection from the bacterium Salmonella Typhi. It is transmitted through contaminated water or food by a human carrier, then passed to others in the community or area.

Typhoid fever is quite common in developed countries and poses a severe threat to the health of the citizens of developing nations, especially among children.

How Common Is Typhoid Fever?

Globally, typhoid fever affects an estimated 20 million people annually, with over 180,000 deaths every year. It is common in parts of the world where there is poor sanitation and limited access to clean and drinkable water.

In developed countries such as the United Kingdom or the United States of America, typhoid is less common (affecting less than 300 people per year). In developing areas of Africa, such as Nigeria, Togo, Sudan, Liberia, South-East Asia, and the South Americas (Colombia, Ecuador), the diseases continue to be a public health issue.

Children are most at risk of developing typhoid fever because their immune system, which acts as the body’s natural defense against infection, is still growing. Yet children with this disease tend to have milder symptoms than most adults.

Typhoid fever is caused by the bacteria called Salmonella Typhi. Salmonella Typhi enters through the mouth and stays inside the intestine, spreading through the bloodstream to other tissues and organs. This bacterium is not usually transmitted through animals but always from one infected human to another.

The mode of transmission is mostly through ingesting food or water contaminated with the excreta of a person carrying the Salmonella Typhi bacterium in their body.

In developing countries, typhoid fever is endemic due to poor sanitation practices; human waste tends to contaminate the waters, and people mostly become infected by drinking this contaminated water. The bacteria may also spread through contaminated food and through direct contact with someone who has already been infected.

Many people who receive antibiotic treatment and recover from typhoid fever can continue to harbor the bacteria. These people are known as typhoid chronic carriers as they are asymptomatic, i.e., showing no signs or symptoms of having the disease themselves. However, they still shed the bacteria in their stools and can infect other persons.

Typhoid fever is a severe worldwide threat affecting over 11 million people yearly. It is quite endemic in Africa, Southeast Asia, South America, and a few other countries. It has a peak incidence rate of infection occurring between July to September.

Globally, children are at the most significant risk of getting the disease and usually have milder symptoms than most adults.

People who live in a typhoid-free environment (i.e., developed countries) can also be at risk of contracting the disease if they travel to typhoid fever endemic areas, and;

What are the Symptoms of Typhoid Fever?

The symptoms of typhoid fever develop between 1 – 2 weeks after a person has been infected with the bacteria. If typhoid fever is left untreated, it worsens over a few weeks and could cause life-threatening complications, but with treatment, the symptoms should improve within 3 – 5 days.

The symptoms of typhoid fever are:

NOTE: Typhoid fever can only be confirmed through blood testing.